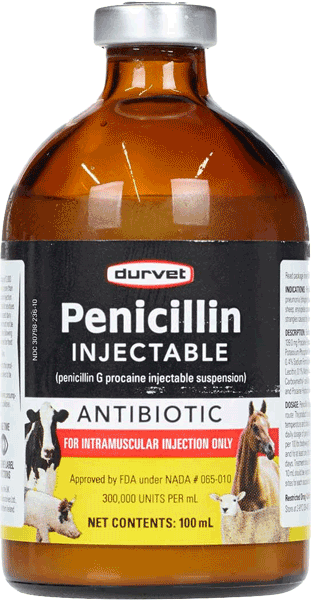 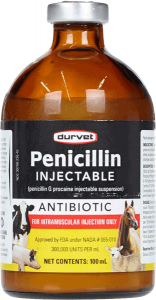 There has long been discussion about the dangers of antibiotic resistance. “MRSA” is an acronym that many have heard and know to be a “bad thing” but perhaps are not aware of what it actually means. The full term – Methicillin-resistant Staphylococcus aureus – is pretty self explanatory, Methicillin being an antibiotic and Staphylococcus aureus being an organism and potential pathogen.

We are seeing an increasing number of organisms developing antibiotic resistance. This is in all medical fields – human and veterinarian. What many do not understand is that the resistances in each field are not mutually exclusive. Humans and other animals share many of the same potential pathogens, so antibiotic resistance developed in the veterinary field may present serious issues in the human field and vice versa.

In the equine world, the notorious “my horse had a snotty nose, so I gave him a shot of penicillin” is one example of misuse which could promote antibiotic resistance. The vast majority of “snotty noses” are the result of viruses, and these will not be negated by use of antibiotics, however that same inappropriate usage may also have an effect on other organisms currently present in the body. Furthermore a single dose of antibiotic – unless specifically long-acting and designed for such usage – will almost certainly not be a complete course.

In equine reproduction, we are sometimes caught between a “rock and a hard place”. The addition of antibiotics to semen extender for example is both commonplace and considered essential when using transported semen to prevent bacterial overgrowth during shipment. The concentrations used to control that overgrowth are carefully calculated and suitable for semen, however when that comparatively small amount of antibiotic is delivered into the uterus in a single dose, it would almost certainly be inadequate to control any pathogen already present in the uterus, and may ultimately lead to an encouragement of development of antibiotic resistance. It is not coincidental that one of the earlier antibiotics used in semen extenders was Gentamicin, and that we are seeing increased resistance in pathogens such as e-coli which had previously shown sensitivity. This presents another aspect to the importance of ensuring a “clean uterus” prior to breeding with the suitable harvesting of a uterine swab (or low volume lavage) sample for culture and associated cytology smear.

The AVMA has recently announced that “By June 2023, all medically important antibiotics will require veterinary oversight to be used in animals, even if the animals are not intended for food production.” This will be likely to include such commonplace antibiotics such as Penicillin which has previously been easily available in most states over the counter at feed stores. While this move may be perceived by some as inconvenient at best, it is an important step in long-term protection of human (and animal) health. Interestingly, the US is one of comparatively few countries where antibiotics have been available without a prescription.

For more details about this move to reduce future antibiotic resistance, see the AVMA’s article.