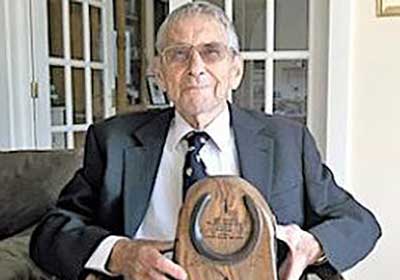 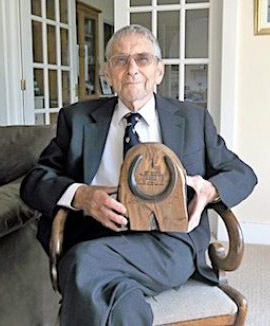 It is with sadness that we report the passing of another great founder in the area of modern equine reproduction and veterinary practice, Dr. Peter Rossdale.

Dr. Rossdale graduated in 1952 from the UK’s Royal Veterinary College, then for the few years following worked in general and equine practices in other clinics before setting up his own practice in the UK’s racing headquarters Newmarket, in 1959. This practice was “Rossdale & Partners” which has become the world-renowned “Rossdales LLP”, the largest veterinary clinic in the UK and Europe.

Dr. Rossdale was the recipient of many awards, including honorary doctorates from the Universities of Sydney, Edinburgh and Berne, the Dalrymple Champneys Prize and Cup, the Duke of Devonshire Award for contributions to the British Breeding Industry, the J.H. Steele Memorial medal from the Royal College of Veterinary Surgeons, the Tierklinik Hochmoor International Prize, induction into the University of Kentucky’s Equine Research Hall of Fame and the Order of the British Empire for services to equine veterinary science. In 2018 he was awarded the BEVA (British Equine Veterinary Association) Equine Welfare Award.

Dr. Peter Rossdale authored and co-authored many scientific papers and chapters, as well as several books, with some focusing on the fields of equine reproduction, pregnancy and neonatology. He was editor of the Equine Veterinary Journal for 30 years from 1980-2010, and editor-in-chief of Equine Veterinary Education for the first 20 years of its publication from 1986. Dr. Rossdale  served on the scientific advisory boards of the Wellcome Trust, the Horserace Betting Levy Board and the Animal Health Trust as well as mentoring many of todays well-known researchers and practicing veterinarians in the field of equine reproduction. Peter D. Rossdale OBE, MA, PhD, Drmedvet(hcBerne), DVMS(hc Edinburgh), DVSc(hc Sydney), FACVSc, DESM, FRCVS will undoubtedly be sorely missed by many.