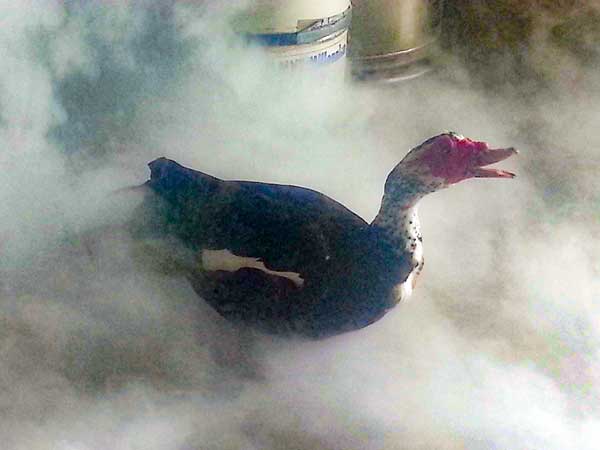 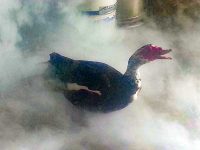 In 2003, the AQHA rewrote a rule to allow indefinite use of cryopreserved sperm, embryos or oocytes with which to register a resulting foal following the donor’s death or sterilization. The industry “scuttlebutt” suggests that the owner of a stallion which had died contacted the AQHA and showed a willingness to pursue legal action if the then-existing rule was maintained. The rule which was re-written limited the registration of foals produced by frozen semen to those produced by use no later than the end of the year following the stallion’s death. Whether such pressure truly was effected is unclear, but certainly the rule change appeared only shortly after a significant award of damages against AQHA had been made following a lawsuit brought regarding the restriction of a single embryo transfer foal registration per year.

Now the regulation regarding the use of the cryopreserved material – including both semen and embryos – has been changed back again.

At the AQHA annual convention this year, the decision to change the rule once again was made. The new (old) rules will be written as subsections to Reg 111 and 112, and will limit the use of the reproductive material to within the two years following the donor animal’s death or sterilization. This however – and this is where some confusion has arisen – only applies to product obtained from animals which were born in 2015 or later. If one already has cryopreserved material stored from animals which were foaled last year (2014) or earlier, then that material can be used to register foals indefinitely. This does seem to present somewhat of a restriction for owners of animals produced this year or later, when their competition with already-stored product have the ability to indefinitely reproduce their animals in the event of an untimely (or even timely) demise or castration.

The change in the rule was made to allegedly address the possible reduction of the gene pool with the widespread use of frozen semen after a stallion’s death. Veterinarian and AQHA President Dr. Glenn Blodget is reported as saying “This new rule points the Association in the direction of more responsible breeding practices and broadening the gene pool”. As horse breeders are notoriously fickle in their stallion choice – more often than not seeking the current top producing stallion or “flavour of the month” – it is not clear how this is really going to make a huge impact in the long-run. It is generally seen and agreed that once a stallion dies, although there will be some mares bred using frozen semen after his death, the popularity of the stallion will decline as a son or some other horse completely takes his place in the limelight. It would appear possible that this rule amendment may in fact place extra strain on a popular stallion while he is still alive to produce even more foals per year, as the mare owners will know that there will be this limitation after his death. Similarly, it would seem a possibility that within those two years, there will a increased number of breedings as his popularity will not have diminished in that time frame, and the pressure will be increased to “get a last foal from…”! As a final possible negative point, there are situations where bloodlines or horse types which are beneficial end up being lost owing to changes in “fads”, immediate demand, or simply unfortunate circumstances. Subsequently if it is discovered that those bloodlines are desirable and the availability of frozen semen from long-dead stallions is present, a resurrection of lineage can be obtained. It now seems unlikely that anyone will maintain semen for years after a stallion’s death as this rule change will not allow registration of the resultant product of the old bloodlines.

One positive aspect with this rule change is that it will reduce the possibility of fraudulent use of semen from a clone of a dead stallion. While that possibility will of course still exist, it is now going to be limited in only being able to occur in the two years following the DNA donor’s death or castration, which reduces the potential for “contamination” of the Stud Book, should such a practice occur.