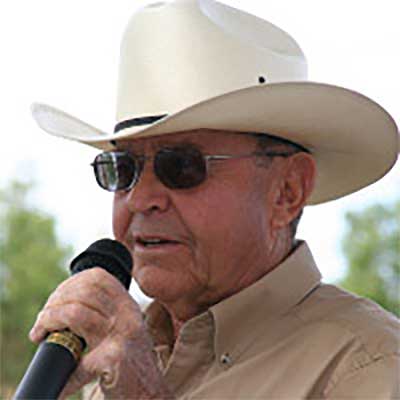 And They Call Us Horse Lovers

– Dr. Robert Miller explores the concept in more detail, with some surprising conclusions!

The Nation was shocked when Barbaro broke down shortly after leaving the gate at the Preakness. I saw the repaired fractures in TIME magazine. What I think happened is that the sesamoid bone fractured, a common injury. As a result, the fetlock collapses causing the pastern bone to explode into multiple fragments, probably with the next stride or two.

The last time the general public was exposed to a racetrack tragedy like this was when the great filly, Ruffian, fractured; the injury eventually resulting in her death.

The news media focuses on great champions like these, but what most people don’t realize is that such injuries are relatively common occurrences in horse racing.

Part of the cause is that we have bred athletic power into our racing breeds far exceeding what nature requires for the horse to survive in its natural environment. All wild horses need to do is outrun a big cat. We have selectively bred for speeds that the anatomy of the horse cannot always cope with.

In addition, we train and race them long before they are mature. The immature are often capable of spectacular athletic performance. Every time I watch an Olympics and I see gymnasts as young as 13, 14 or 15 years of age, I wince at the thought of the damage I know is occurring to some of their bodies. I started a year of gymnastics at 17 years of age, and I wasn’t very good, but I still managed to do damage that manifested itself many years later. Fortunately, I was drafted into the Army at 18, which ended my gymnastic career.

Half a century ago, when I was cowboying, “colts” were started at four years of age or older. Once in a while, one might be started as a three-year-old. Despite some very hard work, barring accidents, those ranch horses were still sound and working into their 20’s.

I’m not opposed to racing. It’s a great sport and has motivated mankind to produce truly great horse breeds. But I am opposed to any practices which contribute to premature crippling of otherwise healthy horses.

Some years ago, the annual convention of the American Association of Equine Practitioners (A.A.E.P.) was held in Dallas. The same week, the national cutting horse futurities were being held in nearby Fort Worth. Three colleagues from Sweden told me that they wanted to see the cutting horses. So, one evening, after the day of scientific lectures had ended, I accompanied the three Swedish vets to Fort Worth.

After watching several horses perform, the senior Swede, a professor from the vet school in Upsula, Sweden, said, “This is incredible! It must take many years to obtain such performance from a horse.”
“But,” I answered, “this is a futurity.”
“I do not understand this word,” he said.
“These are colts,” I explained. “These are just three-year-olds.”
He looked shocked, turned to his companions and explained to them in Swedish and then said to me in English, “I have only two comments: One, it must take great skill to be able to train a horse to do this in so brief a time. And, two, what is happening to their poor legs?”

Today, we have all sorts of futurities – reining, cutting, barrel racing, etc. I have tried many times to get owners to postpone arduous training to give the colt a chance to mature. Most of the time, I was ignored. The lure of winning something or making some money was too great to resist. My strategy when the owner insisted on going ahead with training and/or competition that I felt was premature was to say, “That’s okay. You go ahead. What you are doing is very good for my business.”

Why is it that the protests against over-using young horses come primarily from the people who profit from such abuse – the veterinarians? Is it because we best understand the trauma being inflicted upon immature skeletons, joints, ligaments and tendons?

Horse shows, like all livestock shows, were conceived of long ago to “improve the breed”. They were designed to demonstrate and reward the people who were doing the best job of breeding, of selecting bloodstock, and of creating superior bloodlines.

We see grotesque caricatures of the original character of each breed. Stock horses, the working ranch breeds, are shown in Western Pleasure classes traveling in a manner that would drive a working cowboy crazy. With lowered heads, going in a downhill manner, these horses greatly magnify the forces placed upon the forelimbs. Once again, good for us vets. It produces income, but the horses suffer.

The wonderful Tennessee Walking Horse is shod and shown in distorted gaits that can only be called “grotesque”. If it weren’t for the frequent veterinary checks, which are mandatory, can you imagine how many endurance racing horses would die because of their riders’ consuming desire to win? I remember the early endurance races.

Saddlebreds, with surgically distorted tails, and gingered anuses, are exhibited with the pupils of their eyes dilated with atropine.

How many people who sincerely consider themselves to be “horse lovers” wean foals at three months of age, or even earlier, which nature never intended? How many horses, a gregarious species, spend their lives locked in box stalls? How many horses in the U.S.A, like so much of our human population, are damaged healthwise by excessive nutrition?

Such abuses exist in ever breed, every discipline, in every equine sport. We need to step back and analyze what we are doing.

One of my clients was a prosperous, educated couple. They were very congenial, and they owned three Quarter Horses. One day, they called me to come to their home to worm their horses and check them over and booster their vaccinations. When I arrived, I found only two horses, so I asked where the third one was.
“Oh, he’s in training as a reining horse, with ____________” (a successful and notoriously brutal trainer who also happened to be one of my clients).
I said, “Oh, I see.”
Then the wife said, “We know how cruel he is to the horses, but he wins!” I never felt the same toward those people, again.

This same trainer (he’s been dead for many years) once said to me, “Doc, why can’t you guys cut the tails on my horses? Why do you make me drive 300 miles round trip to get my tails done?”
He was referring to the illicit surgical paralyzing of the tail, common in reining horses so they can’t switch their tails. ALL of the horses in his barn had their tails cut. I said, “Were you ever beaten in a show by a horse that you knew had its tail cut?”
“Oh sure,” he said. “Lots of times.”
“Well,” I told him, “I didn’t cut the tail nor did my partners. We won’t do anything against the association rules.”

This same guy, a world-class competitor, kept every horse in his barn on Serpecil, a tranquilizer not approved by FDA for use in horses. I have no idea where he got the drug, but somebody was selling it to him.

I believe that a conspiracy exists in the horse show industry. The trainers are judges, and the judges are trainers. Too often, they scratch each others’ backs.

A few days before I wrote this article, I got back from Bishop Mule Days, a unique event I attend every year that has no equal anywhere in the world. I had the pleasure of seeing Western Pleasure mules that WERE NOT “peanut rollers”.

The trend began some years ago, but the mule people balked at it and ruled it out. GOOD FOR THEM! You see, to be a mule lover, you REALLY gotta love horses!