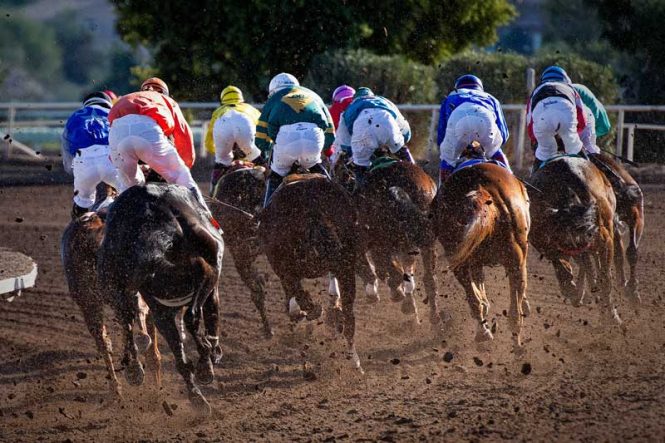 The question of AI use in the TB industry – a viewpoint

That the TB industry is still so vehemently opposed to the use of AI continues to be a source of surprise in many ways to advanced reproductive technicians everywhere. 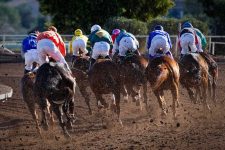 The arguments that are put forward about the use of AI allowing too many mares to be bred to a single popular stallion really don’t hold water these days. That was a valid argument perhaps 35 years ago, when the average stallion live covered 40 or so mares a year, but today, with the advent of ultrasound and better palpation techniques to pinpoint ovulation, instead of a mare needing to be bred “every other day until the end of her cycle”, the stallion only needs to breed her once to achieve good pregnancy rates. As a consequence, we see stallions breeding 200 mares (or more) a year by live cover. One has only to look at the phenomenal impact that a horse such as Northern Dancer has had to realise the “40 a year” really isn’t the way any more! So with that, we see instead today the limiting feature being how much money people can afford to spend in breeding to these top stallions. i.e., can they afford the stud fee? If AI were introduced, I think that feature would still remain the limiting factor on the top stallions. At the lower end of things, it would “open up” the market dramatically. Currently, we see the small local mare owner-breeder limited to breeding to the TB stallion that is close enough to them to travel their mare to be bred live cover. What this actually achieves, is a LIMITING of the gene pool in certain areas where there are few TB stallions standing – the exact same thing that opponents of AI claim would happen if it were allowed by the Jockey Club!! In addition to this, we are now seeing the advent of “dual hemisphere stallions”, and this is an arrangement that has raised eyebrows in the TB world, and has actually led to serious discussion about allowing AI. What is happening is that a few top stallions travel every year from the northern hemisphere to the south – Australia in particular, where it has been estimated that up to 10% of the entire Thoroughbred foal crop in Australia is now sired by a mere handful of dual-hemisphere stallions – to breed during the breeding season there, which is of course the opposite to the breeding season in the north. Once again, there is a narrowing of a gene pool as a result, and there is a contingent who believe that the introduction of AI would allow a greater number of stallions the opportunity to breed outside their home hemisphere by the use of transported semen.

The question of safety for stallions certainly comes into play, and there is no doubt that the use of AI would make it safer yet (for the humans involved too!) The subject of the danger associated with having a multi-million dollar stallion live covering a mare is one aspect often mentioned. Although there is undoubtedly still danger involved, one has to give kudos where kudos is deserved – the top horses stand at top studs, and those managers have a tremendous system in place, not the least of which is the “teaser” stallion, which is not often seen in the smaller breeding operation. This poor chap gets to mount the mare before the “main man” does, and as a result of an intricate “bib” system, he is unable to actually breed her, and merely determines whether the mare will kick when mounted. (It’s a poor life being a teaser….!) So, yes, there is always an element of danger still, and AI would make it safer, but I have tremendous respect for the big breeding farms methods in place now.

The industry itself is the great leveller. A popular stallion is going to be used excessively, no matter what, just as the stallion that doesn’t produce will, in time, not be used. This applies not only to racing, but to the sport horse industry as a whole. My feeling is that we should do everything we can to aid the breeder, and then allow the product to determine it’s own quality.

The above was written during the years from 1999-2000. In 2011 a case arose in Australia brought by an owner and bookmaker Bruce McHugh against the Australian Jockey Club, arguing that non-allowance of AI in the TB industry amounts to a restrain of trade. The court found in favour of the Australian Jockey Club, but permission to appeal was granted. In April of 2014, McHugh’s appeal resulted in an upholding of the original decision in favour of maintaining the ban, and his subsequent request to the High Court for special leave to appeal was denied.

With the renewed interest in the discussion of the use of AI in the TB industry, I answered a question on an e-mail list and as there is new information and viewpoints contained within my response, I will addend it below.

I was asked specifically “Why does the Thoroughbred industry only do live cover with their stallions?”.

The answer is… there is no logical reason! In italics are some of the more common reasons offered by the industry, with my rebuttals thereto following:

You’ll know next year when the DNA parentage verification doesn’t match, and then there’ll be a lot of trouble! And come to that, I’ve seen the wrong stallion pulled out for live cover, so there’s no difference between LC and AI in the risks, just ask about “Bend Or” and “Tadcaster” to discover that there are no guarantees with live cover!

Billions of sperm don’t make it up to the oviducts – which is where fertilisation occurs – with any form of breeding. The sperm that do get there (a matter of a few hundred thousand) will undoubtedly be randomly “selected” as it is, having managed by chance to avoid the various obstacles in their way;

In fact the Australian Jockey Club commissioned research into this, and found that 6 times as many mares would have to be bred to these stallions before the inbreeding coefficient increased. The same research also found that use of shipped semen would actually decrease the inbreeding coefficient. Furthermore – in “the old days” stallions were syndicated for 40 shares, which represented the average number of mares that could be bred LC in a season, presuming about 3 covers per mare and a few rebreeds, so 150 or so covers. Today, with ultrasound and ovulation-promoting drugs, it is not unreasonable that 150 mares be bred mostly just a single time, so we’re still at 150 covers or so, but with almost 4 times the total mares. Then add to that, dual-hemisphere breeding, where those popular stallions breed year-round, and you’ll have 300 mares being bred to a stallion each year. A slightly different but clearly demonstrative answer to this charge consists quite simply of two words: “Northern Dancer”. Look at 100 North American TB pedigrees at random and you’ll probably find about 65-70% involve Northern Dancer, and that was all accomplished with LC, so AI isn’t going to make it worse! Add to that the fact that the market is the final stabilizer – if there are too many yearlings by a certain stallion at the sales, then the price will drop, and so will the number of breedings to that stallion in subsequent years;

I actually had this discussion recently while I was at the Stallion Infertility Symposium in England, and this was an argument put forward. I am somewhat undecided about the true impact that the introduction of AI would have on this aspect, as most of the big farms are owned by big money, who produce a fairly good number of foals themselves each year, and as those mares have to be housed somewhere and the infrastructure is already present in Lexington and Newmarket, it’s quite likely that the majority of the farms will remain in situ. Bear in mind that they are also status symbols, and that aspect will certainly remain (you’re not going to feel so inclined to breed to Storm Cat if he’s standing in someone’s garage behind their house!! 🙂 ). Simply because AI is introduced though, does not mean that all farms have to implement shipped semen. The farms who wish to maintain their current levels of ship-in mares can easily do so by only offering on-farm AI from their stallions. This would not only save the “wear and tear” on some of the stallions who may be currently expected to breed 3 or 4 mares a day day in day out (and that does produce a significant amount of stress on some of them), but it would also greatly assist pregnancy rates for those people whose mares currently may end up as the 4th mare of the day (which are less likely to receive an adequate number of sperm to achieve good pregnancy rates with live cover). Furthermore, if AI were introduced, there would be no restriction as to which breeds were serviced at farms, so they would also be able to accept outside mares of any breed to breed with incoming transported semen if they so chose (I recognise that 20 or 30 farms in one area are not all going to be able to increase their business dramatically as a result, but it will present another offsetting form of income to some extent). It seems unlikely therefore that these farms would cease to exist as a result of the introduction of AI, so another argument fails. Really the only sector of the industry that could, as far as I can see, be significantly negatively affected would be the horse transport sector in the event that farms decided not to restrict operations to on-farm AI.

To illustrate how ridiculous the Jockey Club (JC) AI regulation is in the US, consider these scenarios, both of which are true:

A stallion had a serious injury to his penis, which left him with nerve damage and an inability to feel normal stimulatory sensation during breeding. Consequently, his ability to gain an erection and ejaculate were seriously compromised. The JC permitted the use of assisted breeding in the following manner: The stallion mounted the mare, having had a rectal sleeve placed over the penis first. Someone then took his penis and placed it in the mare’s vagina and maintained their grip on it while in the vagina (presumably a large-vagina mare and a person with small hands!). The gripping of the penis produced adequate stimulation to cause the stallion to ejaculate (he had also been chemically manipulated to promote ejaculation). The ejaculate of course ran into the fingers of the rectal sleeve, which (upon the penis being withdrawn from the vagina and sleeve, with the sleeve maintained within the vagina) were then pushed through the cervix and squeezed until the end of the finger “blew out”, allowing passage of the semen contained therein into the uterus. Although a special dispensation was required from the JC to perform this, it satisfied their LC requirements…

The other laughable issue in the US is the allowance by the JC of “reinforcement breeding” wherein the stallion breeds the mare, and after dismounting, any semen that might have been left in the vagina rather than having been ejaculated directly into the uterus is harvested, mixed with semen extender and then inseminated into the uterus. And that’s not AI?

© 1999, 2011, 2014 Equine-Reproduction.com, LLC
Use of article permitted only upon receipt of required permission and with necessary accreditation.
Please contact us for further details of article use requirements.
Other conditions may apply.